Snacks: Desserts on the Spot (usually between Wireless and Belle Meade on the south side of route 347 in a big dirt patch)

Picture this, it is 7:30am and you pull up to the park gate. A surely gate attendant tells you that she only lets permit carrying fishermen in before 8am. Cool cool cool. Your friend says that it is your first time at the park. The surely attendant asks you to pay the parking fee ($8 as of this writing) and hands you a map and a history pamphlet. She tells you that the gates lock promptly at 4pm.

It truly was our first time at Connequot; precisely because it keeps a strict 8-4 schedule. Brookhaven State Park does the same. It seems to be a rarity since I haven’t experienced it elsewhere. What happens if you get locked in the park after hours? Chaos?

Connequot River State Park is located in the westbound side of Sunrise Highway just before exit 46. If you miss it, you’ll have to loop back around. There’s an entrance on Veterans Highway but no official parking area. That entrance is gated too – and helps connect Connequot to Lakeland County Park via the Long Island Greenbelt (white blazes).

There are four marked trails to choose from excluding the Greenbelt. Red (3.7), blue (8.4) yellow (1.1) or green (3.9). Once you park the trails begin at the pond by the historic houses. Yellow and green are to the left and red and blue are to the right. Green crosses yellow, yellow connects to red, red runs along blue for a time. Confused? We couldn’t get through the park without a map from the app Avenza. 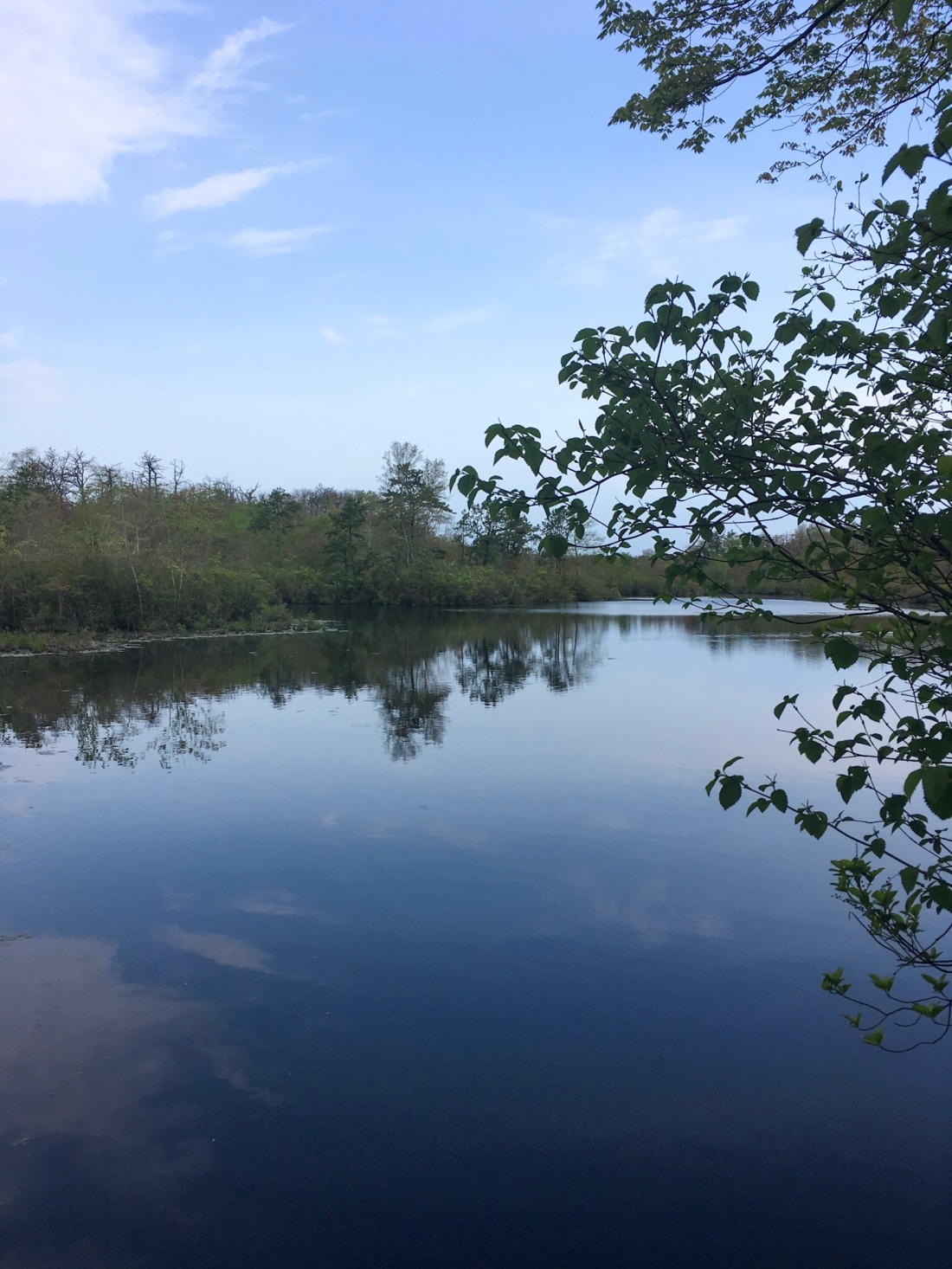 For this adventure we took the green to the yellow and did the red loop. Red was by far the prettiest. It was decently marked but not from the direction we took it (counterclockwise). Every so often we would hunt for blazes. This usually involved just turning around at the various intersections.

Now, the snack spot isn’t anywhere near the park. My original snack spot for this place was called the Golden Sparrow in Bayport but, it closed about a year ago. I miss it. Nostalgia aside, today was a task for Desserts on the Spot – a super delicious food truck with the best desserts. The only problem is, that it hangs out on the north shore. But, it’s a big pink truck and I (if you haven’t guessed by now) have a wicked sweet tooth. Today’s yummy is a chocolate danish pretzel hybrid.

See you on the trails,